Get fresh music recommendations delivered to your inbox every Friday.
We've updated our Terms of Use. You can review the changes here.

How weary I am

by the syrens of spring 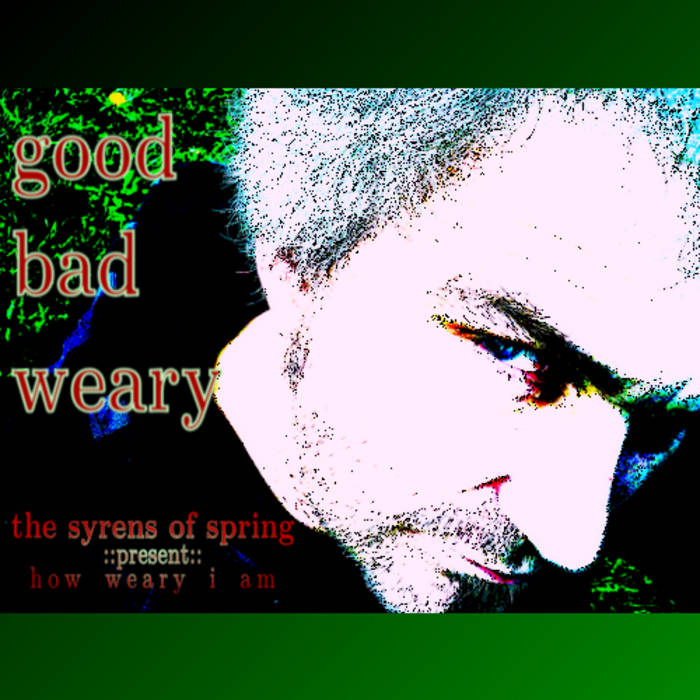 I worked on at least 100 days on the piece, sometimes 6 h, sometimes 15 min in most cases 1-2 h. For every minute on every track in the project I had 5 minutes erased. Some 5-minute takes are edited down to 3 seconds. Other parts (such as some of the vocals) are 1st takes.
While I worked on the piece Linux Audio made great progress. I opened the project-file in all versions of Ardour since 2004. I wrote 4 articles about Ardour for german Linux-Magazines most of them using screenshots of the how weary project. Such screenshots also appeared in articles about 64Studio, Ubuntu Studio, Suse/JAD and other Linux-distros I wrote about in that time.

The software never failed me. If there was trouble, it was never catastrophic -- most incidents where related to plug-ins badly written or abused or both. But bugs never destroyed more than a few minutes of recordings and the project itself never was endangered by some serious mistakes of Ardour -- since there where no mistakes of that category. The same goes for Guitarix and Alsa Modular Synth that where my main standalone sound generators for the project.

I spent an important part of my life with this piece of music. Two of my children are borne in that time. The colour of my hair changed from brown with some grayish strands to gray with some darker strands and a good deal of white and the length of these hairs swayed between 30 centimeters in the 1990ies and 2 centimeters in 2005. My weight from 89 Kilogramm up to unacceptable 108 at the LAC in Berlin and now down to more acceptable 91K. I smoked 30 cigarettes a day then quit smoking for 2 years then started again and changed to e-cigaretts in the end. I used computers for office-work like everybody, then became a power-user, switched to GNU/Linux and became a modest web-programmer in the end. I have seen and experienced many many things in this time and I am thankfull and glad to have seen and experienced all this.

as I was startling whith a whistle blowing
must have been fallen asleep.

so I opened my eyes,
and I wiped them well
and in the evening sun
the place looked like hell.

So much for my creative writing. If I cannot find words that fit, I use to use citations of better writers in deep gratitude:

released December 12, 2011
Written, recorded, played and edited by Hartmut Noack
Drums in the first 3 minutes played by Fred.
All made under Linux using free software excluselively

the syrens of spring Berlin, Germany

the syrens of spring recommends:

Bandcamp Daily  your guide to the world of Bandcamp